Fort Lauderdale coastline offers a wide array of game fish. One of the best parts of fishing here is that you don't have to go far out to get to the deep water fishing grounds. We have an abundant coral reef system and thirty feet to 100 feet and consistently gets deeper from there on.

Crystal blue waters offer reef fishing, shipwreck fishing and we are not far from the gulf-stream.

Children and family groups are always welcome at Lauderdale Sport Fishing and it doesn't matter if you are a seasoned angler or have never been fishing before. Captain Mike will help you catch that fish of your life with his extremely customer friendly attitude so you ca enjoy your trip to the fullest! 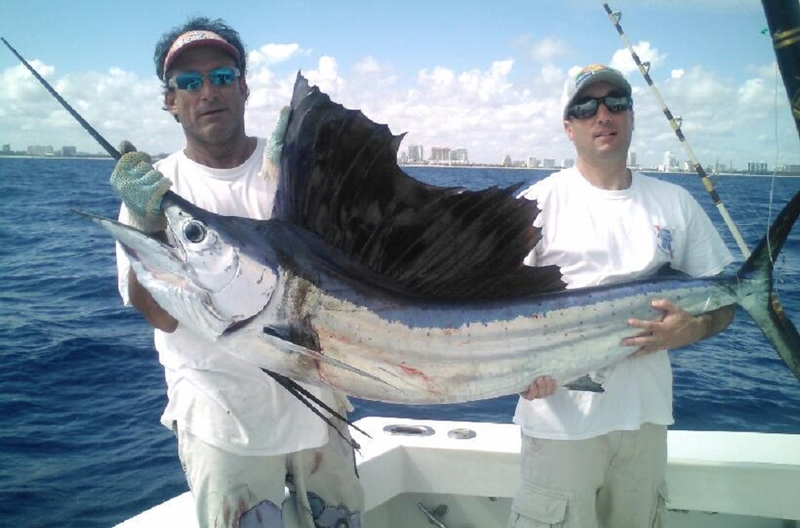 The shallow reefs of South Florida support diverse communities of marine organisms, so it is not unusual for anglers to land “game” fish such as tarpon, cobia and king mackerel. From time to time, it’s even possible to hook sharks and even the stray sailfish. The good thing about fishing in South Florida is that if leaving in the morning, by noon we are back to the dock and your catch is on ice and filet.

Most common kinds of sportfish in Fort Lauderdale

Grouper: A generic name for several deepwater species, these bottom dwellers are important to both recreational and commercial fishermen. Red grouper and gag grouper (sometimes called black grouper) are most popular with anglers. Anglers typically “bottom fish” for these species, but during the cooler months, they can be caught in shallow water by trolling artificial lures.

Mackerels: This family includes both king mackerel and its smaller cousin, Spanish mackerel. These fish can be found in the western Atlantic Ocean from Maine to Rio de Janeiro, Brazil and into the Gulf of Mexico. One of the state’s top ocean predators, kingfish are the favorite target of tournament fishermen.&nbsp

Call 954 257 2959 for a quote on fishing in Fort Lauderdale for Deep Sea Fishing, Sailfish, Sharks, Swordfish and Much More...